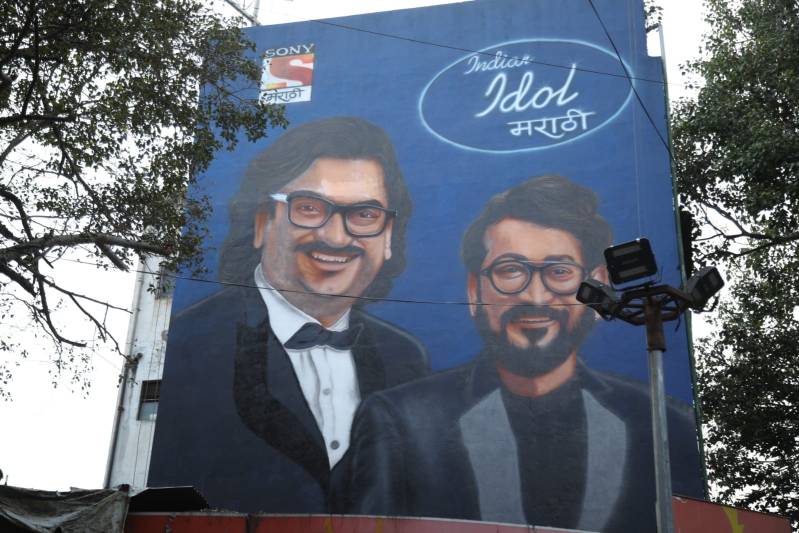 ‘Indian Idol – Marathi’ will be screened by ‘Ajay-Atul’. The show has seemed a bit unfocused in recent episodes, however; It has been announced that ‘Ajay-Atul’ will be tested through a mural at Narayan Peth in Pune yesterday. Pune Mayor Murlidhar Mohol, Sony Marathi Channel Business Head Ajay Bhalvankar, Creative Director Amit Phalke were present at that time.

With their music, ‘Ajay-Atul’ has carved its place in the minds of audiences not only in Maharashtra but all over the country. Now his name has crossed the ocean. The duo started their musical journey from Pune. Therefore, it was announced that the ‘Ajay-Atul’ duo will be seen in the role of examiner of ‘Indian Idol – Marathi’ in Pune itself. This is the first time in the world of Marathi entertainment that such an examiner has been announced. Therefore, these murals are being discussed in Pune city. This picture in the middle of the city is attracting the attention of Pune city dwellers. Nikhil Khairnar has painted this mural.

The duo of ‘Ajay-Atul’ has given excellent and quality works of art so far. Similarly, ‘Indian Idol’ has also given many well-known and talented artists to the music industry. Now that this forum has also come in Marathi, it is hoped that Marathi cinema will also get many talented actors. Fremantle has produced a program called ‘Indian Idol – Marathi’. Online auditions for ‘Indian Idol – Marathi’ have now started on Sony Live. He is getting a great responses.